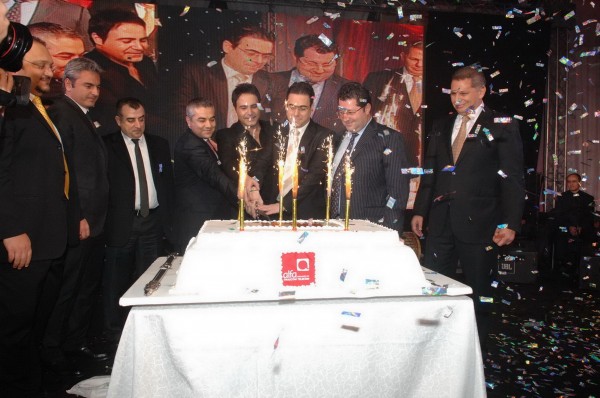 Alfa, under the management of Orascom Telecom (the international leading mobile operator in the Middle East, Africa and South Asia, with over 109 million subscribers), celebrated its achievements of 2011 at its annual gala dinner that was held at the Pavilion Royal in Biel on January 14, 2012. The star of the evening was Assi el Hellani, who entertained the invitees on this special and magical night.

The night went on to the early hours of the morning, with different entertainers including the international Duo “Iouvilov” combining 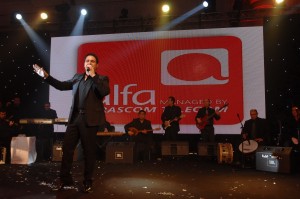 acrobatics with choreography and the art of ballet dancing with gymnastics. This was followed by magic and conjuring tricks with the famous French magician Bernard Bilis who flew in from France especially for this occasion. The coronation was a spellbinding spectacle by Sos and Victoria Petrosyan, the world’s number one couple in high-speed costume changes.

The Alfa family rejoiced to an exceptional 2012, which will be the year of “outstanding performance” for the telecom company.

Hayek congratulated the Alfa family for all their accomplishments in 2011, saying “on top of which is the great success in launching 3G+ mobile and internet services in a record time, especially with Alfa being the first mobile operator to launch the 3G+ services in Lebanon.” He continued, “Our 2011 achievements put us before major responsibilities this year. People expect a lot from us and we have to be up to those expectations.”