Living Large in Los Angeles! DJ Base Wraps Up 2012…

Although the world is full of marvelous places, I have always said, “there are only two places in the world I can live. One is Beirut Lebanon and the other is Los Angeles California”. Most would agree that having that chance to move around the world is a blessing, but with that blessing comes a very difficult choice. Does one stay in beautiful Lebanon, a country small in size yet enormous in spirit, or does one move towards the light…the lime light that is, with all the glitz and glamour that is Hollywood CA. DJ Base, Lebanese DJ and Hip-Hop guru, recently traveled to California and although it was a tough decision, he now calls Los Angeles California home. DJ Base is well known and loved in Lebanon, most recognized as a resident DJ for NRJ Radio 99.1 as well as top nightclub Skybar. Since landing at LAX, DJ Base has kept his music momentum going in a big way. He teamed up with the famed DJ Skee, producing live radio shows weekly and more. Although DJ Base has been busy in LA, working and hanging hard, he caught up with me to give BeirutNightLife.com and BNLer’s a taste of what it is like to live large in Los Angeles… 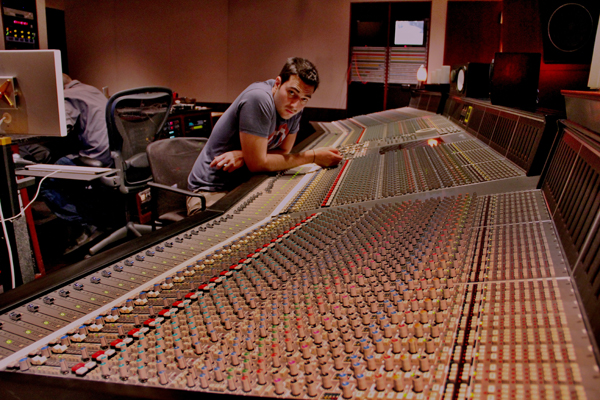 For those in Lebanon who haven’t had the chance to experience Los Angeles, tell us how you would describe it?


Straight to the point, EVERYONE is in LA…. and I mean EVERYONE. From music, to movies, sports, arts, whatever you are into… like for real! (Except for the people who are into politics, it’s really far from that, you can barely even tell that the presidential elections are next week).

Everyone is here for the 3 W’s, the weather, the women and one more thing that starts with a W. So, for someone coming from Lebanon it’s not gonna be that different. Same weather, same traffic, less bombings but more random gunshots maybe… [haha]

You are currently living there, is residing much different then just going for a vacation? 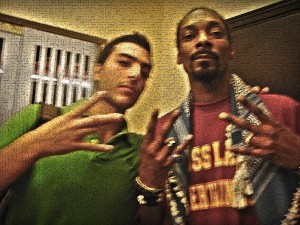 Of course, it’s always different, anywhere…People love to come vacation in Beirut, would they want always live there though? Depends…Living here, working here and becoming someone people know, either from Radio or from just being around the right people, is much different and makes you feel like you’ve really come a long way!

As a DJ, how would you describe the music industry there? What are the biggest differences you see in regards to music scenes?

The industry is different, not like anywhere else in the world. I mean, you have the biggest artists in the world in the biggest studios in the world putting together the blueprint to the music industries around the world. It’s different because its so vast (Hiphop, EDM, rock, dubstep, trap, latin music) all come out of here and spread to the world, so you get to witness everything happen and I get to assist studio sessions that people will not hear about before a year or two.

Beirut is known for partying, does Los Angeles live up to the Beirut standard you are used to?

I have not been to my own standards recently…working hard in the daytime and in the nighttime (with all the studios and nighttime-working artists) make it hard to be out and about all the time. I still go out to get a feel of what people listen to and bump to in the clubs, so I know what to bump on the radio or in my own club show… Beirut still kills it though. We just have a different taste in everything haha, I enjoy the music here more because it the exact shit I listen to daily. I wish people would enjoy it more in Beirut instead of posing like a pole with hair gel and heels! 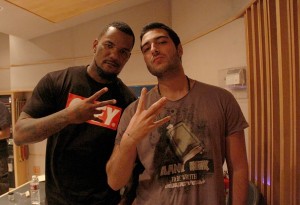 What have you been up to in Los Angeles?

I am currently working with DJ Skee (the biggest DJ and Radio Host on the West Coast). Producing his Radio Shows and DJing on live Radio weekly on SiriusXM Hiphop Nation (for all of north America!), on Kiis Fm and Skee 24/7 streaming station! All while still broadcasting on NRJ Lebanon 99.1 FM every Friday at 8PM!

I also work with a lot of local artists and produce for up and coming performers. I am constantly in the studio with Mann, my dude Sean Rox, battle king the Lebanese homie Dizaster and Bone Thugs and Harmony ( all 5 members! ). Last session was the Celebration Remix with The Game a week ago. I am about to get on a plane to go DJ in Boston for Halloween this weekend, come back to LA, get on Live XM Radio and head down to Dubai for a concert with Sean Kingston, Jason Derulo and Bow Wow next weekend, and link up with my Skybar family at the Abudhabi Formula 1 Weekend…then come right back to LA! It is gonna be hectic!

Have you been to any big events?

Working with DJ Skee and with A2Z entertainment and Steve Lobel, I have been to a lot of what LA has to offer. I recently was on tour with Bone Thugs & Harmony on the Rock The Bells Tour (which held some of the biggest artists of all time on the lineup). It just don’t stop!

How do concerts in LA differ from Beirut?

Concerts here are BIG! And of course, since EVERYONE lives in LA, its really hard to see a concert where the main act is the only person on stage….I have had the privilege to be at most back-stages during some of the biggest concerts ever, and let me tell you, people just show up backstage to show support. I’m talking big name people. I was Backstage at the Drake concert a couple of months ago and just when I thought it would be a cool laid back show, I was surprised to see Lil Wayne, Busta Rhymes, Akon, J Cole, T.I., Tyga and Suge Knight! To mention a few…. None of them were performing, just showing support and kickin’ it with us backstage. 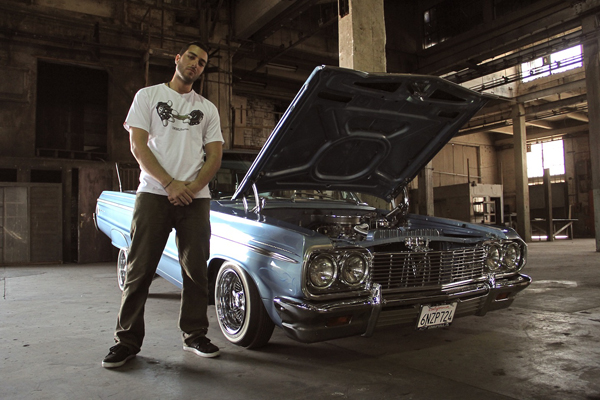 What is your favorite thing about LA?
All of the above

What is your favorite thing about Beirut?
Beirut is Beirut. Home, always. 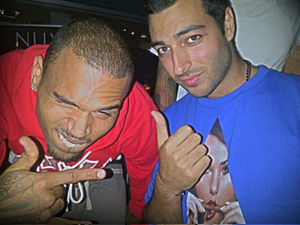 Where do you see yourself in the future?

I hope to keep pushin’ it to the limit, as I always do. I wanna grow bigger in the radio scene and growing here in LA would be the right place to do so!! I wanna also keep producing music and putting out new artists and maybe work with some of the big names, go on tours and keep on DJing internationally. All while keeping Lebanon on my back and keep giving it my all thru my radio shows (that I hope to keep pushing and growing and multiplying) and my constant shows in Beirut. Hope Christmas will be poppin’ in Beirut…Can’t Wait!

LA Tips From DJ Base

Best place to eat: Home! Besides that, any taco truck or any American soul food place! I still eat a lot of Lebanese food!

Best place to shop: Anywhere you find something you like, from Rodeo Drive to Downtown thrift stores…

Best place to see a concert: Also everywhere! Concerts can set up in an empty parking lot overnight…it’s about the show!

Best club: Hollywood…Playhouse, Greystone…. same shit different day..
Something all visitors should see: FOOD! FOOD! I’m all about food! My tourism is FOOD! Sightseeing should be done thru food and the best places. 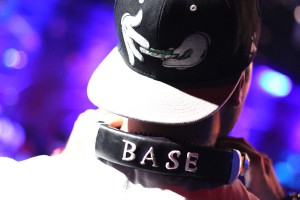 Being Lebanese and from Los Angeles myself, I hope I can speak for all Lebanese friends, fans and music lovers in Lebanon when I say, congratulations to DJ Base for continuing to do big things, staying true to music and most of all representing Lebanon in an incredible way. Lebanese homegrown DJ Base, always holdin’ it down!!