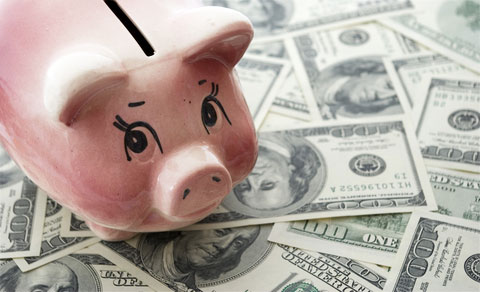 The degree of unprofessionalism in this country has spanned beyond my understanding. Lebanon has indeed raised the bar for the level of inconsideration and disrespect for others; be it on a professional or personal level. The Lebanese professional world is run like a vegetable market; utter chaos. Over the years, I have mastered dealing with incompetent clients, dimwitted coworkers, and disrespectful, inconsiderate bosses. The one aspect of Lebanon that I felt to be professional (up until yesterday) is the banking system. I never thought the day would come when my money is trapped in a bank beyond my reach! This is one thing I never thought I’d have to deal with.

It started last night when a friend and I decided to head over to the mall after she’d been harassed by a Peeping Tom. Both of us still feeling frazzled, it seemed like a good idea to do some shopping, buy some books, have some coffee, and watch a movie to get our mind off things. As I stood at the Virgin Megastore cashier with three mildly embarrassing books in my hand, waiting for my turn as four men stared at my choice of books then glanced at me in shock and disbelief, I was convinced that my day couldn’t get any more awkward. Having used up all my cash and not having the time to stop by an ATM machine, I presented the cashier dude with my debit card and politely asked him to put my books in a plastic bag ASAP (and no you perverts, they were not porn magazines). Thirty seconds after swiping my card, he apologetically smiles at me and says, “Your card seems to have a problem.” As I looked over at the horrible four men (still staring at me), I grit my teeth and asked him to swipe it again. He repeated this for what seemed like a century until I remembered there were two ATM machines somewhere around the mall. I only had ten minutes to make a run for it and get some cash before the store closed, so I pushed and shoved every shopper in sight, like a rhinoceros, till I reached the first ATM . . . five minutes later I realized that no money was dispensed from the machine. WTF?! So I called the customer hotline:

Bank Dude: “Is your card debit or credit?”

Bank Dude: “All debit cards are down at the moment – undergoing maintenance. Do not worry, no transaction was made. In fact you cannot even use your card for any transaction until further notice.”

Me: “WHAT?! BUT I HAVE NO MONEY! I literally have 6000 L.L. in cash! What am I supposed to do now?? What kind of bank doesn’t notify its customers of a problem like this in advance?!”

I was enraged. I was hungry and thirsty too. Good luck finding something to eat and drink with 6000 L.L. and live to tell about it. I stomped up the escalators like a wild bull. People stared and whispered. I didn’t care. I was hungry. I wanted those books. I tried my luck again in Virgin. I wanted those books! The cashier dude begged me to leave and come back the next day, ensuring me that the books would still be there tomorrow. I now realize he was patronizing me. I convinced my friend to sit with me at the Starbucks till we came up with a plan B, since she was facing the same bank problem but laughing about it instead. I bought two bottles of water and as we sat there, the waiter informed me we’d have to leave in ten minutes because they were closing up for the night. I felt abused. He could have at least told me that before I bought the water (little did he know my card versus cash crisis). Ten minutes later, as I watched another Starbucks waiter mop the floor, I asked him if we should leave, “That would be a good idea,” he replied. “You don’t need to be so rude,” I retorted as I moved to another table. Poverty makes a person desperate.

There’s always tomorrow, and tomorrow is now today; and today, the bank system is ALL down. Not just the debit cards; THE ENTIRE BANK. Every single branch and ATM machine is down. I cannot withdraw or deposit a penny. I also found out that two other banks had gone through the same dilemma over the weekend. Here’s the best part: these unprofessional, inconsiderate imbeciles didn’t think for a MINUTE to notify their customers about this 24-48 hours in advance. I wonder how many people were having lunch and ended up washing the dishes because their cards didn’t work. I wonder how many people stopped at the gas station or went grocery shopping or to the hairdresser’s or God knows what only to discover that their trusted bank is taking a day OFF. As I said: VEGETABLE MARKET.

Since there’s always a hidden agenda in this country with regards to what’s REALLY happening, I’d appreciate to know the real reason behind this craziness. I believe all people involved (such as myself) deserve a written apology or a phone call; in fact I DEMAND one, along with some added bonuses *cough* to my account.

I now have so much respect for poor people and how they make ends meet. I had a nervous breakdown when I wasn’t able to buy my books. I suddenly realized how hungry I was when I only had four dollars in my wallet (regardless of the fact that I had eaten lunch less than two hours prior to that). I had several dramatic money-related epiphanies. It was very touching when the Starbucks waiter gave my friend a free muffin. As she happily ate it, I died a little with embarrassment and made a reminder to repay this kind man for being charitable.

“I cried all the way to the bank.” Liberace