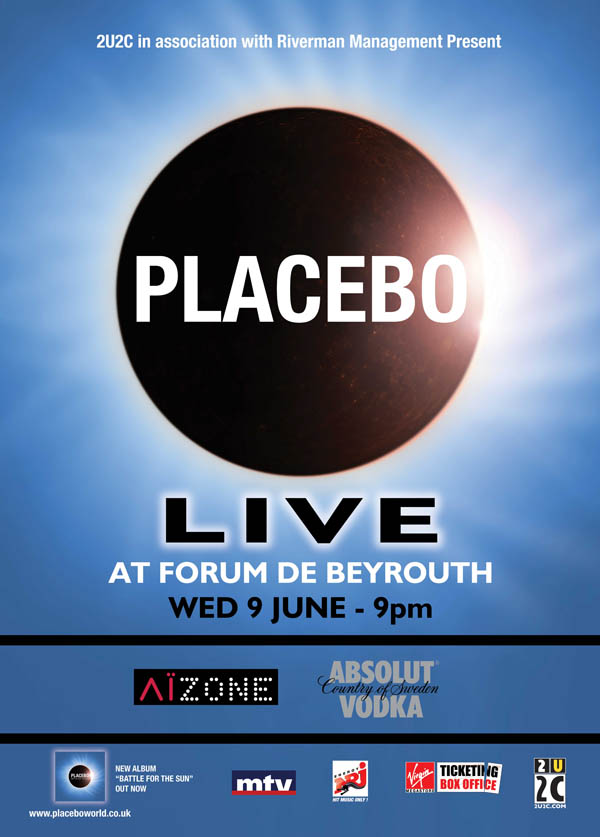 NRJ Presents
Placebo live in Concert in Lebanon on June 9 at Forum De Beyrouth
Placebo, the Rock band that sold over ten million albums worldwide at the Forum de Beirut on June 9.

Placebo is a rock band formed in London in 1994, and consists of Brian Molko, Stefan Olsdal and Steve Forrest. To date, they have released six studio albums. The band has gained a considerable amount of international recognition. Placebo has more than 20 hits, and is best known for hit songs such as “This picture”, Protect me from what I want”, and “The bitter end”. Placebo’s latest album, “Battle for the Sun”, includes 4 songs that are already hits on the Lebanese radios, among them: “Battle for the Sun”, and “Never Ending Why”.

Placebo in Lebanon
Produced by 2U2C